The Benefit of Re-Visiting Sources

I know it's generally an impossible challenge to get through your genealogy to-do list (and by 'yours' I mean 'mine'). I look on with envy at people who have dipped into land records, published their book, made their scrapbook or whatever. Somehow between work and the little twigs I never seem to get that far! However, there's one thing I always make time for: regularly revisiting sources I've already looked at to see if there's anything new which can help with my brick walls. In the past month or so I've had a couple of great successes.

1) You may recall me bemoaning that MIL claimed she didn't know where her grandmother (the infamous Nellie Smith) was buried. Well, after searching for years, I've made the discovery in some updated tombstones available via Gravesecrets. Faithe was very excited for me that the headstone included names of children and grandchildren, but I knew those already. What I was excited about was that it gave me a date of death! I've now been able to order her death certificate, just in case it contains any details about her mysterious past. 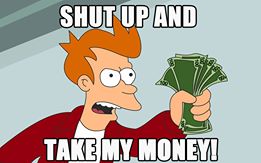 It's in SA though, so this could take a while...

2) I've been regularly checking Ancestry for clues on all my brick walls, and was delighted recently to discover a descendant of Susanne Lotz had posted her tree. She's quite a distant cousin, descended from the branch of the family who emigrated to the US. However, she had done a great deal of research, including into Susanne's French ancestry which was absolutely fascinating. It appears as though the family were part of the French upper classes who fled to Germany during the Revolution... the second French Revolution connection in that branch of the family.

This also helped clear up a question I've always had: given Harriet Meyer's parents had emigrated from Germany, had her four sons been shooting at their cousins on the Western Front? Well, I still don't know if any of Franz Meyer's nephews fought for Germany, but it appears the closest relatives in the Lotz family had all emigrated to the US prior to the outbreak of the war, so the McPhersons' cousins on the Lotz side joined the US army.

So, it's going to take me forever, but at least it will be really thorough!
Posted by GenXalogy at 02:13