So many mysteries, so little time...

A few things perplexing me of late... apart from, of course, my perennial Bridgewater Mystery.


Number One:
I was recently rummaging through Find-a-Grave, and thought I'd check my great-uncle just in case someone has been photographing his war cemetery in El Alamein. I discovered nobody had, but someone had taken the time to raid a photo I have publicly available on Ancestry, and had added this onto his profile along with a message. Now, I appreciate that Find-a-Grave attracts all sorts who like to collect memorials, as well as those who might have an interest in the military or what-have-you, but Uncle Ron's profile is the ONLY ONE this person has added anything to. It's not a relative (we have a small family - I'd know) so some random person has taken the time to look him up on Ancestry, get the picture, go back to Find-a-Grave and add it on there... but never bothered to do anything else. Weeeeiiirrrrddd..... 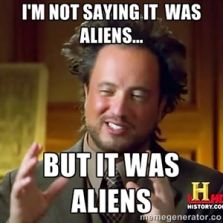 Not one of mine this time, but quite apt﻿

Number Two:
I've been doing a lot of war record work lately, and one of the ones I've been looking at is a record of one of my hubby's family members. He was a naughty, naughty boy who had several bouts of VD before being discharged from the army for being too riddled with disease! There are quite a few pages relating to his medical conditions, for example one recording temperatures. One of the pages is this:

I have seriously no idea what the story is with this page. And yes I've tried Googling (it wasn't good), as has Adelaide's resident genie-detective David Combe. Any theories? Love to hear 'em! 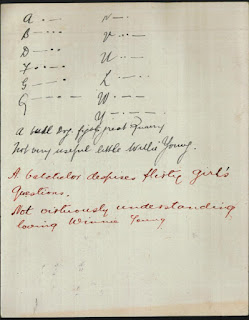