I blogged recently about the very tragic death of my ancestor's cousin, Ellen "Nellie" Cunningham, found dead in the Bridgewater Creek in 1890. I still have to fully develop my response, but here's the basic follow up:

Despite Dr. Henderson's later assertions about possible heart disease, I believe Ellen was murdered. Her body was found in a place which had already been searched. There were no initial claims about illnesses from either Dr. Henderson or Jane Sr. Too many people were obviously lying about what they knew. That begs many questions:

- Why was the knife deemed so significant, and what was Ellen doing with it?

- Were the wild flowers just growing along the river, or had they been placed there?

- Whose was the carpet bag, and what was in it? Where was it in relation to Ellen's body?

- What happened to Ellen's clothes? Were they ever found?

- Was Evan Jenkins the same Evan Jenkins who killed himself in 1923, and if so was there a connection between the events? There are two Evan Jenkinses with brothers named William in SA, one of whom has Hills connections (his father died in Crafers and he married in Glen Osmond). That would be the one who shot himself on Glenelg beach 33 years later. His wife had died shortly before, which no doubt was the primary cause, but you have to wonder all the same.

- Why was the coroner so focused on when Hart threatened Jane, and the colour of the dress having been reported incorrectly, rather than issues like the inconsistencies in the 'last sightings' and Jane Sr's weirdness about Evan lodging at the Cunningham residence (face it, the family had precious little reputation to ruin)?

- Why were Hart and Jane fighting? Was it really about the cows, and if so, why did she do that to begin with?

Some of these could have been answered by more thorough reporting. While the existing reports are often verbatim, they lack the contextual details needed to make sense of the lines of questioning. My theory is that either there was some manner of love triangle operating between Ellen, Jane Jr and Evan, or Jane Jr and Evan were involved and Ellen found out. Either way, it sounds like the news reporters felt there was something fishy going on and it lead to her violent and untimely death, and without having any further facts I am inclined to agree.

So, what happened next?

Jane Sr. died age 66 in 1912. The newspapers indicate she is buried at Stirling, but she has no gravestone and there aren't any other records of her burial.

After the trial, two of the sisters moved to Western Australia - Agnes (Mrs. Bartsch) and Margaret, who married in Boulder in 1898. Possibly they were trying to avoid further scandal, or it may just have been job opportunities coming up with the mining industry's development. I believe my great-grandmother Margaret was sent to stay with them at one point (why, I'm not sure) and met my great-grandfather there.

Jane Jr. sadly did not live much longer, dying age 17 in 1892. I am curious to order her death certificate to see how she died, although I'm sure it will be a common, garden variety illness. I hope.

Annie, the sister after Margaret, does not appear to have been mentioned at her sister's trial, nor does she appear in any other records I can find aside from her birth. I assume she died young and her death was not registered, as the family often skipped registrations.

Marion remained unmarried and died in 1957. Elizabeth, the youngest, married William Dalton and remained living in the Aldgate area. Of all the family, she was the only one still there when Jane Sr. died.

Ellen has no known memorial. I assume she was probably buried with her grandfather, Archibald, who died during the course of the inquest. I've never been able to find either Archibald or his wife, Euphemia, in any local cemetery and neither has a local researcher who holds all the burial registers for the Mount Barker district. Ellen is entirely forgotten, apart from here on this blog, and by me, especially whenever I read Tracey Chevalier's "Falling Angels". The novel contains a fatal (and probably sexual) attack on Ivy May, the introverted younger sister of one of the main characters. Ivy May's only line in the novel (which is told from a variety of perspectives) is this:


Over his shoulder I saw a star fall. It was me. 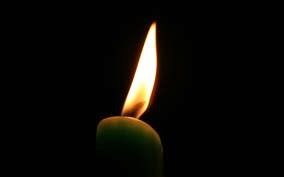 Update: June 2015 - According to her death certificate, Jane jr died of enteric fever.
Posted by GenXalogy at 03:42