Since everyone has been talking Canadian research with the release of the 1921 census, I thought I'd post about my token Canadian, Patricia MacKay. She was born in about 1889 in Prince Albert, Saskatchewan* and later married to my great great uncle Werner (pronounced 'Verner') Henry McPherson.

The McPhersons were deeply patriotic when it came to WW1. All of the boys in the family enlisted and headed off to the Western Front (and, rather more remarkably, from whence they all returned alive, albeit not safe and sound). Werner had a rather distinguished war service, getting promoted to Lieutenant and winning a Military Cross for 'gallantry in action' when he cut down opposition trench wires with his machine gun while under heavy fire from the enemy. While he was away at the war, he met a young Canadian woman named Patricia M L H MacKay, and the two married in Warminster, Wiltshire in Jun 1918. He was a dashing young Australian-German-African-Scottish Apparently officer with a chestful of medals. It was summer in the northern hemisphere. The war really would be over by Christmas. I can imagine how exciting and romantic it all must have been.

What a man! What a moustache!

After the war Werner sailed to Canada with Patricia before returning to Australia to live. I'm still working on what they did, but the leading theory at the moment is that they settled in Lismore where Werner worked for a sugar refining company and was active in the local RSL.﻿ 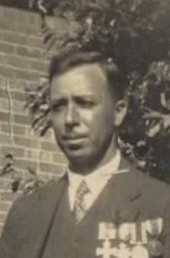 According to Grandma, he worked for a while in Fiji. Grandma also says Werner made quite a bit of money on the Stock Exchange. I guess having your cousin as the President probably helps with that, but we won't go there! 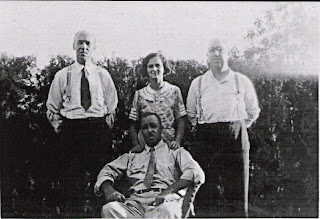 Great-grandpa Francis, his sister Ivy, brothers Roy and Werner (seated)
Yes, they are from the branch of my family who are part African, and yes, Werner had just come back from Fiji so was on his more tanned end of the spectrum.﻿

However, it's true as they say that money can't buy happiness. Werner's wife Patricia left him at some point and he never had a family of his own. When he died at the sadly young age of 63, he was buried with his fellow ANZACs at the Kendrew Oval at West Terrace.﻿ 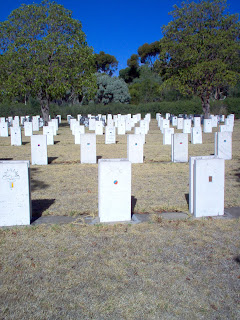 It doesn't seem that things were any better for Patricia. As far as I can tell, she died of breast cancer just days after Christmas in 1967. The informant on her death certificate was one of the hospital staff, who wasn't 100% certain about a great deal of her information and registered the death some time after it took place. It gives the impression of a woman who is living with no family, and that's quite sad.

*Update: Nov 2016.
I have recently obtained Werner and Patricia's marriage certificate. Her full name was Patricia Maureen Liresay Henneker Rick, and she was born in Prince Albert to Francis Liresay Henneker Rick. She has previously been married (thus acquiring the surname MacKay).
﻿
Posted by GenXalogy at 05:11