The Lure of the Famous

Everyone who carries out any level of genealogical project has probably encountered someone who is deep in the grip of the lure of fame. We all know the person who embarks on their family history, often starting with a completely unrelated person rather than their parents, in a vain attempt to prove they are descended from Ned Kelly/JFK/the King of England/Adam & Eve/a Pope.
Like all of you, I've remained blissfully free of this kind of thing. My genealogy started with the relatives I knew I had and has worked out from there. Along the way I've discovered a few people who would have been widely recognised in their own communities (sometimes for good reasons, sometimes not) but nobody more notable than that, and that's about what I'd have expected. In fact, the vast majority of my ancestry comprises people who only ever made it into the paper if they got married or died, if that. I've never wasted time mooning over famous people and their possible connection to me, if only because there are so many famous McDermotts it would be hard to pick just one! ;)
This week I've been away on holidays. Nothing particularly genealogical, as the town and area we are in is not one which was heavily inhabited by family at any point. Consequently, the focus of my genealogical work has been catching up on the data backlog. I have three plastic pockets chock-full of information distant cousins have sent me about their branches of the family, and some of it has literally been sitting there for years waiting for me to compare those notes with my records, verify the details which are new to me, input the data and so on. Yeah, of course I've had research time in those few years, but my genealogical ADHD has lead me down other paths in that time.
One of these piles has come in from a distant Darby relation in WA. Like most of you, I have never chased the siblings of my immigrant ancestors as they could appear in nearly any country in the world. Well, not quite, but you know what I mean! However, I do collect information about them should it cross my path. Actively chasing them is a project for another decade! In this instance, the cousin supplied information about the younger sister of my George Darby, Susannah, who like George emigrated from Pitney in Somerset for South Australia in the mid 19th century. She married a man whose surname was Cave, and- 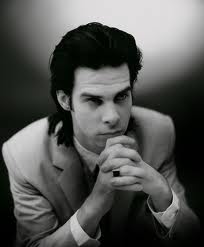 Wait, hold the press - did you say CAVE? In Australia? Fark!!!!
So, it turns out that there is a whole branch of Caves in Australia who are related to me (as in the surname, not the geological formation). However, I'm not going to go on a wild-goose chase looking for connections to music legends who may or may not have that surname. For a start, they're Victorians, and in any case the likelihood of there being any such connection is somewhere between fuck all and none. Now, if it had been Coburns from Cork perhaps... Nah, not even then.
In the highly unlikely event that Nick Cave ever appears on an episode of "Who do you think you are?" I will be sure to watch, but in the meantime it's going to be the very last item on my genealogical to-do list. You know, right after I finish my family history. And we all know that 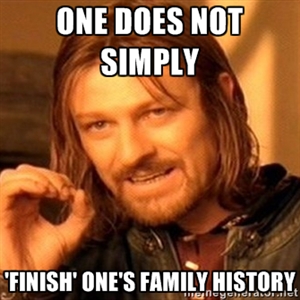