The past few months I've been continuing the enormous task of digital filing of my records... putting all those pesky Trove articles into FTM and linking them to the right people. Of course, if you're like me and suffer terribly from Genea-ADD, this takes a looooong time, because it's a case of file, file, email some cousins with updates, file, chase up a missing birth record, file, file, discover a whole new branch, file, file, blog, file. It's the level of self-discipline which has seen me have a FindMyPast subscription since August and still hardly touch it. That and their ridonkulously crap search engine. *sigh*

One of the tangential paths I've been taking has been trying new strategies for tracking down elusive people - ancestors who just up and disappeared, but who I keep on looking for. Amazingly, I've had a little success on that front lately. The first of these is Mildred Cranston.

Mildred Cranston was born to W and L Cranston, later of Wertago Station, in about 1920. In 1941, amid much local media fanfare, she married Harold Gregory Keith Taylor at St. Peter's Church in Broken Hill. However, in 07 Dec 1951, Harold married again: this time to Elva Cain nee Moysey, a divorcee who lived up the road from him. 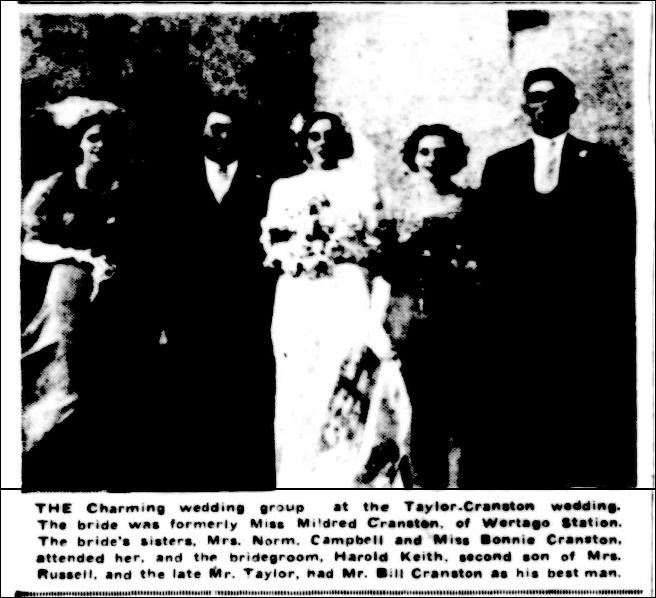 I'd known this for quite some time, but had no luck tracking down what happened to Mildred. I'd suspected divorce, but was having trouble finding the records. All I'd found was this: 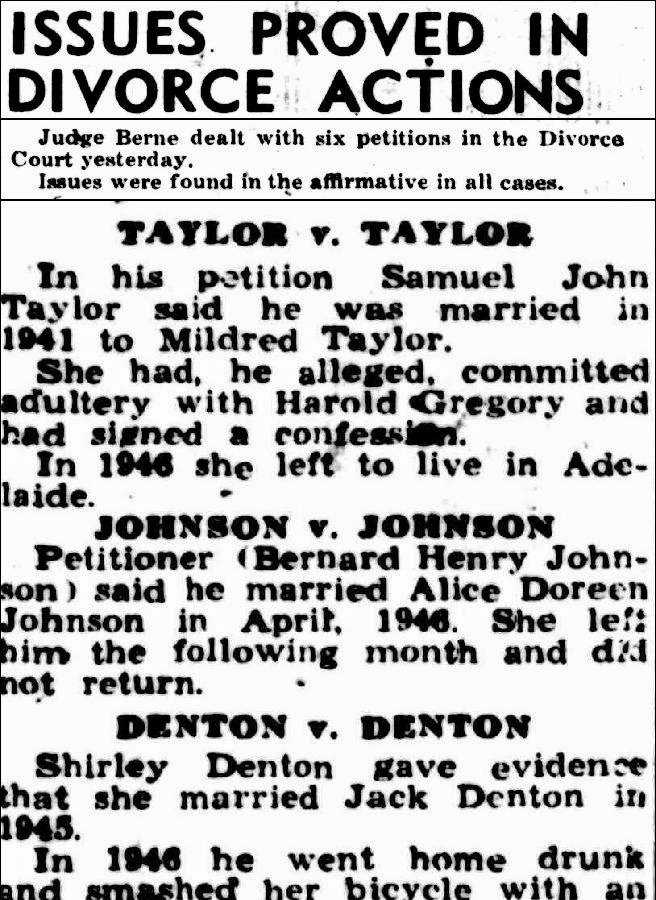 It seemed too close to my couple to ignore, but I didn't have any evidence it was them. However, recently Trove added "The Barrier Daily Truth", and whaddya know: 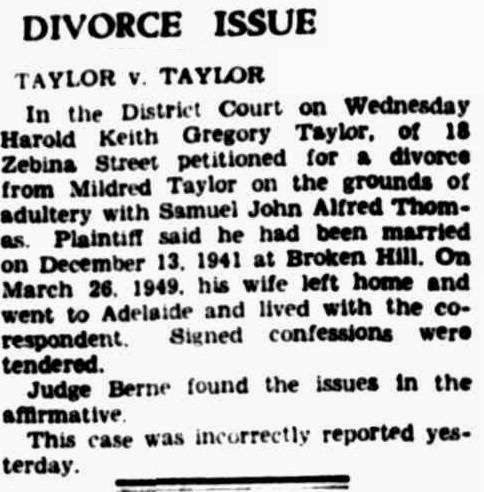 So, I'd established Mildred and Harold had divorced after she left him for Samuel John Alfred Thomas. Naturally I started searching for him, and for items relating to Mildred Thomas, which was when I found this: 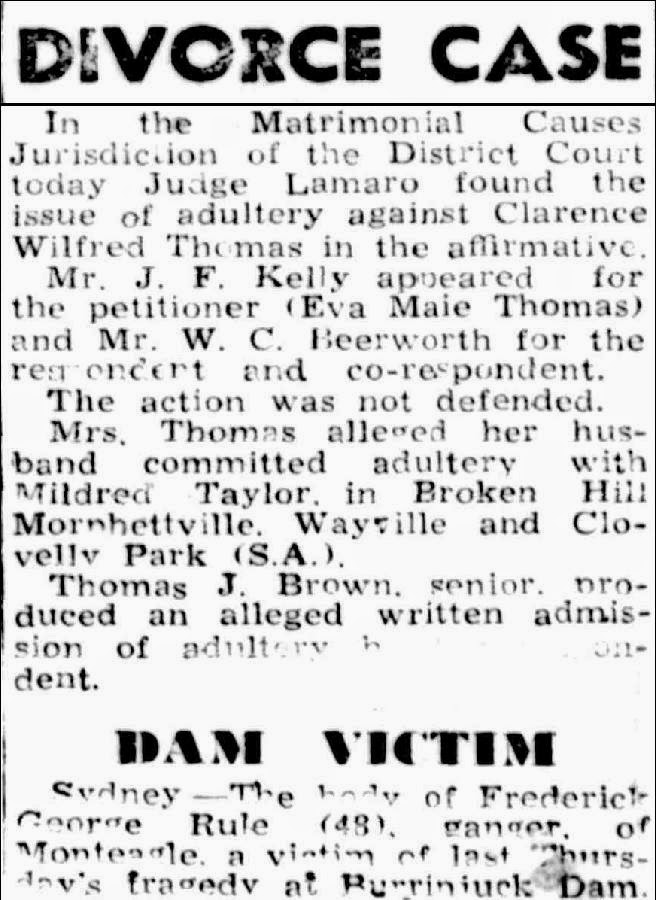 Buuuut.... it's the Barrier Miner, so of course the names were wrong! 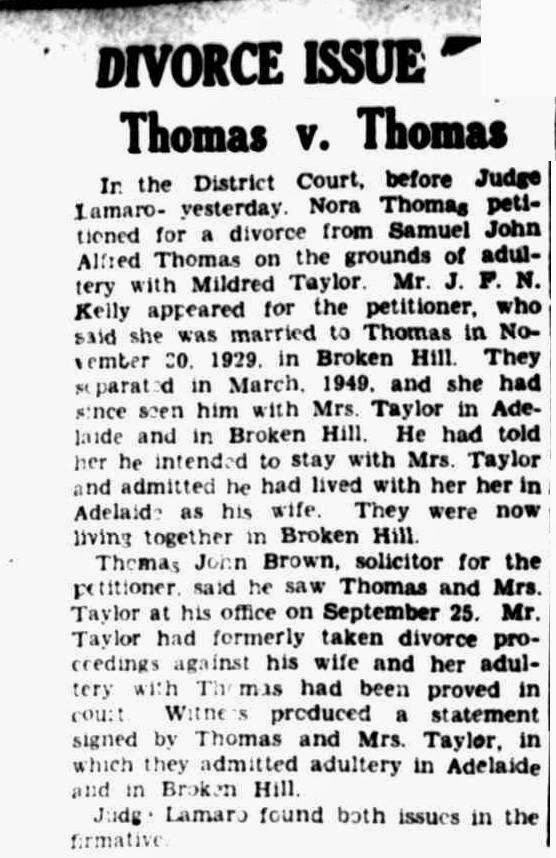 I still haven't found any marriage record between the two, given how recently this took place, but at least I was quite sure I should keep looking for Mildred Thomas. And... (another whaddya know), found her dying in Terowie on 24 Aug 1995. The reason that's a whaddya know, is because her son is buried in Terowie even though he died in Adelaide, and I'd never understood exactly how it was he came to be there! Two mysteries solved at once!

I'll blog about the more complex break-through, Maude Howsen, next time.
Posted by GenXalogy at 02:49