5 things doing Genealogy has shown me are bullshit

As a regular newspaper reader (both print and online), I find there are distinct perceptions some people seem to have of the past, which get trotted out every so often in public debate. However, after just under 20 years of genealogy research, I call SHENANIGANS on the following notions:

#1 People never used to be fat.

Yes, we all get it. There's an obesity epidemic. Electronic devices, small yards, fears of predators stealing our kiddies, processed foods etc. etc. And yes, it's certainly not how it used to be. However, one of the hilarious lines which gets paraded almost every freaking time someone writes an article about obesity is that "You fatties are just making excuses. Nobody ever used to be fat, therefore there are no fat genes/thyroid problems/whatever else and you would all look like Michelle Bridges if you weren't so damn lazy and addicted to hamburgers". Essentially, there are a pile of people who seem to think inside of every single big person is a skinny person who has been stifled, suppressed and Cadbury family-blocked to death, quite deliberately in some kind of act of self-sabotage.

I present a small selection from my extensive collection of exhibits for the defence. 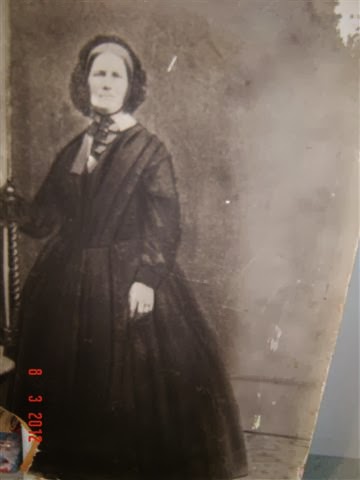 My great-great grandma, Elizabeth Jane Duffield (1838-1911). In a corset. Squeezing her in to her teensiest tiniest possible size. No wonder she looks a bit tense. 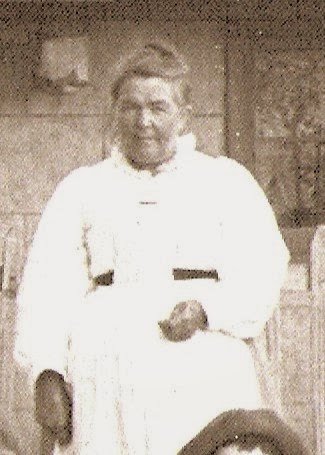 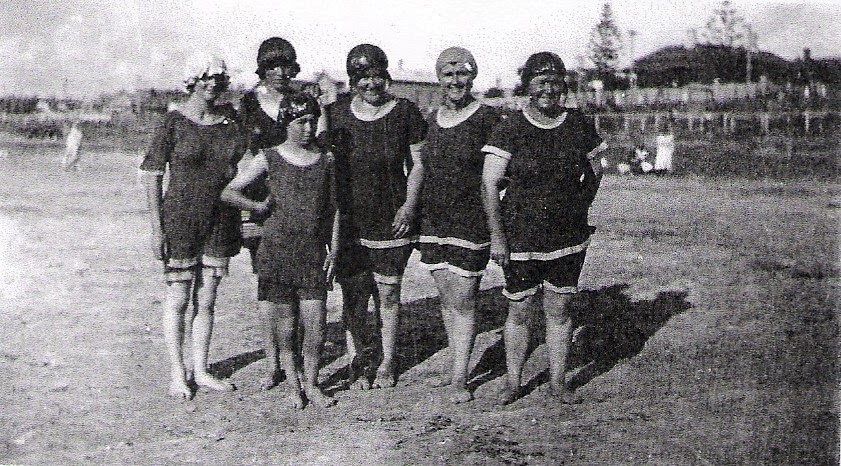 My grandmother (front) and her some of her family show why they aren't being used as promotions for Ashy Bines' Bikini Body. 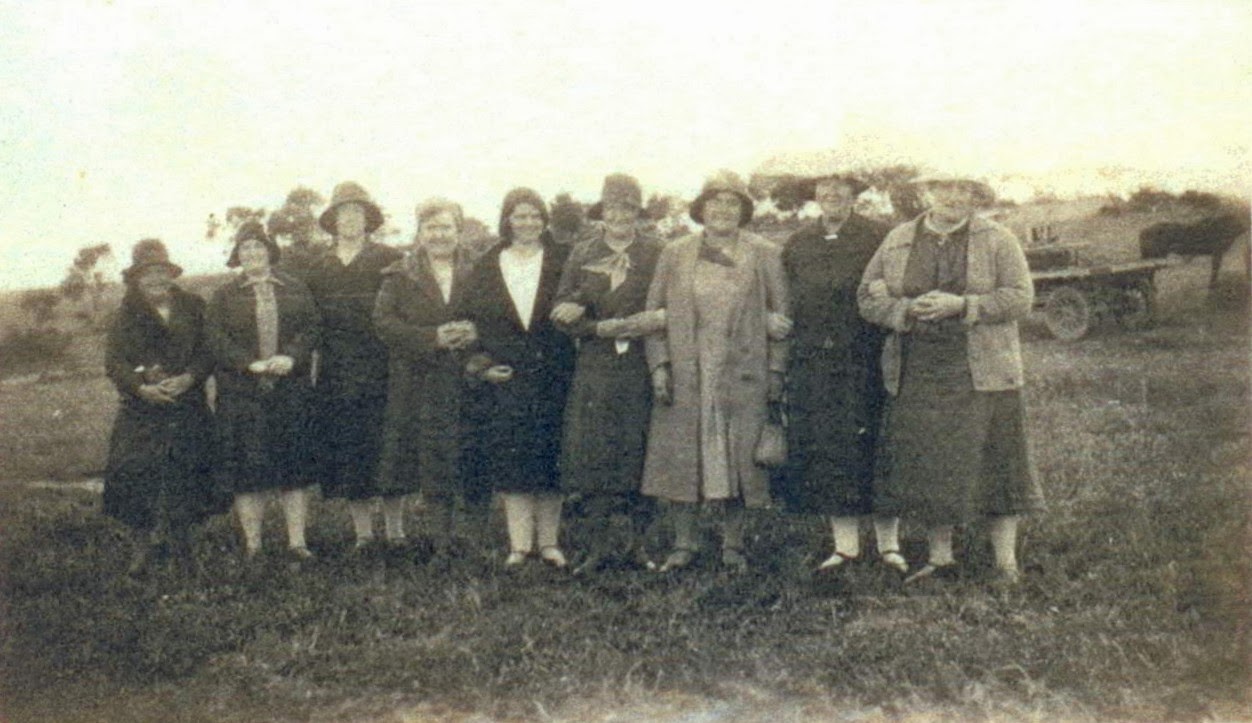 And there they are again, this time fully dressed and with a  few more cousins along.

Now, I intend no disrespect to any of these lovely ladies. They are/were all beautiful people, and great-great grandma Duffield is a particular source of inspiration to me in my daily life. I don't hold with fat-shaming and don't mean to imply any one of these women should have felt bad about how they looked. In fact, I positively love that women the size of my grandma's family were so confident and secure they were ok with being photographed rocking their bathers, and keeping those photos for decades afterwards.
However, I think we can all agree that they are plus-size. "People never used to be fat", hey? Myth busted!﻿

Every time there's talk of raising the pension eligibility age or something similar, some ill-informed twat writes in to the paper saying that the average age of people in generation b was 13 and therefore nobody lived long enough to pro-create, let alone retire.  (Ok, so I exaggerate just a little there.) I'm fairly notoriously not mathematically minded, but even I know an average is not the right figure to look at when considering the economic problem of retirement funding. Every genealogist with more than 30 seconds experience knows that, very sadly, a large number of our relatives were taken from us before they started school or, in so many cases, could even walk. Infant mortality was terrible (especially if you're like me and have a lot of family from Moonta). However, if you got through that, there were plenty of people who went on to quite a ripe old age.
My genealogy program of choice doesn't seem to be able to generate a report on Age at Death (wouldn't that be an interesting feature!), but here's a random sampling one some of its contents:
Samuel Skermer, died age 88 in 1806.
Eli Roebuck, died age 81 in 1860.
William Dawson, died age 80 in 1891.
Mary Robinson, died age 82 in 1892.
Charlotte Langdown, died age 82 in 1898.
Honora Curren/Curreen, died age 87 in 1908.
Edward Fudge, died age 92 in 1911.
Elizabeth Harvey, died age 83 in 1916.
Hannah Sykes, died age 82 in 1927 (after having 13 children in 26 years during her life-time!)
Jean Cargill, died age 102 in 1925
And that was just the fruits of a quick 5 minute skim! Apart from the last one, none of them were especially remarked upon as having reached an uncommonly old age in their obituaries, and if my grandma's recent birthday was anything to go by, 100 is still a big deal. Only William Dawson was even described as 'old'.*
Yes, average life expectancy was tragically short in Ireland, the UK and Australia. However, if you made it to adulthood, you weren't automatically going to die in a work-place accident, catch something dreadful or pass on trying to give birth. You were a fighting chance to make it through all of those dangers and spend quite some time sitting by the fire, watching your great (or great-great) grandchildren play.

*Updated to add: Since joining PASA, I've discovered this description of him as an 'old colonist' was probably intended more to convey the fact he settled in the first decade of the colony rather than his age.

#3 There's such a thing as a traditional family.

Maybe it's just that I live in Tony Abbott's Australia, but I get the regular impression that a certain segment of our society firmly believes that, until those dreadful and decadent 60s (or 70s in Australia... we always are that bit behind) every family had mum, dad, and 2.3 kids with a  puppy and a parrot. Or something like that. Yes, the myth of the nuclear family. Er... I mean the nuclear family.

Well, if that was ever true, it certainly wasn't in my family!! Again, just a random and small sampling of the many non-nuclear families in my tree: 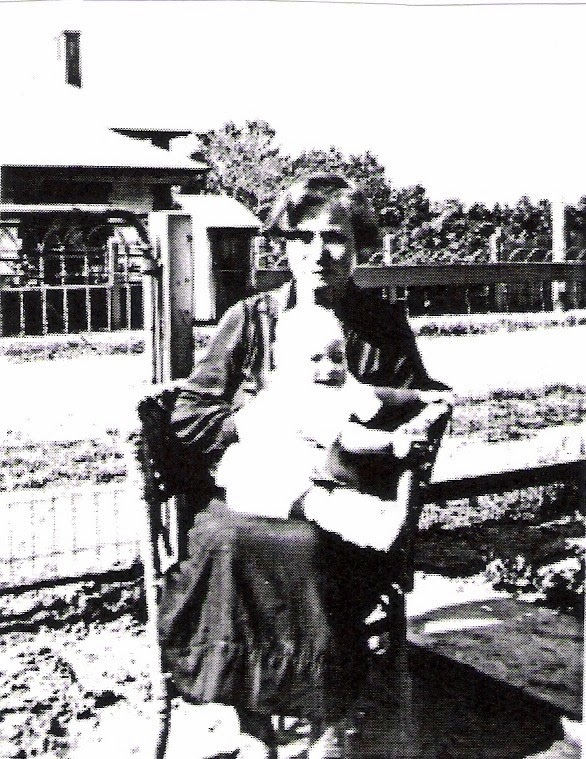 Great grandma Margaret Dorey. Married 3 times. Raised two step-children (neither of whom had the same father) plus five of her own. 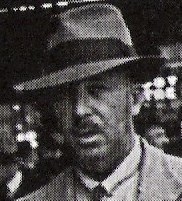 Great great uncle Hubert McPherson. Married before World War 1. Ran off with a Vaudeville dancer and went to live in Papua New Guinea. Remained with her for the rest of his life but never married her, even after his wife's death. Childless.

Thomas Skermer Evans: Married his first wife because she was 6 months pregnant, with what turned out to be someone else's baby. Enlisted in ww1 and discovered on his return the affair had continued. Divorced and remarried but remained childless. Did better than his younger brother Reginald who discovered in the divorce courts that his wife had frequented hotels and regularly 'misconducted herself'. Had two older sisters who had children prior to their marriages. In one instance the child was adopted out and the woman went on to marry a widower with children, while in the other the woman went on to marry the baby's father.

And that's before I even get started on William Drage, who had 11 children with his first wife before she left him and the state, then went on to have 17 children with another woman who he never married. The last one was born in 1894 when he was 68. Or before I get started on someone like Matilda Dawson, who was fostered out as a child because her widowed father couldn't look after all the children. Or Violet Tieste whose mother was widowed in the war and ran a boarding house (of questionable repute), lost most of her family to TB, had a brother made a ward of the state and became a Communist who we believe was 'barren by choice'.
Yep, reckon the whole mum, dad and two kids thing is pretty busted!﻿
﻿

#4 Nobody ever used to commit adultery, or steal stuff, or get drunk, or...

Do I even need to go there on this one? There are so many stories I wouldn't know where to start! It's probably been partially addressed above anyway!

#5 There will always be a Redden.

In every country town across Australia there will always be at least one member of the Redden family buried in the local cemetery.

Actually, this last one is true.

Y'know, some time I must get around to writing about what doing genealogy has shown me is the case on nature vs nurture.
Posted by GenXalogy at 09:34